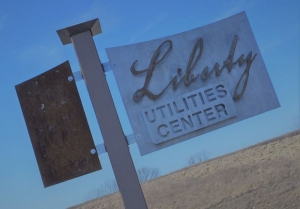 This January, a first for wastewater treatment plants began operations in Liberty, Missouri.  This project is one of the first wastewater plants in Missouri utilizing Design-Build delivery, and the first Design-Build in Missouri to utilize State Revolving Funds (SRF).  SRF financing will save the City over $40 million in interest on this $74 million project when compared with conventional financing.  With Design-Build legislation enacted last summer the Liberty project paves the way for municipalities throughout Missouri to maximize their dollars utilizing the cost and schedule saving efficiencies of Design-Build with low-interest SRF financing.

The City of Liberty had outsourced treatment to a neighboring community for decades.  Facing near-term rate increases, uncertain future rates and potential treatment capacity issues, Liberty began studying alternatives, and identified that building their own facilities and discontinuing outsourcing of treatment would save the City $27 million in treatment costs over a 30-year period.  From there, Liberty worked with consultants to determine the scope, budget and user rates required for such an undertaking. The City estimated that it would take $95 million to construct the facilities, but user rates would be reduced and predicted to level out within 5 years.  With this information, in August 2013 the Citizens of Liberty voted overwhelmingly 91% in favor of the project.

To maintain promised user rates, the new facilities had to be completed and operational by first quarter 2017.  In February of 2014, request for qualifications were issued.  Three teams were shortlisted in April 2014.  Following review of conceptual designs, proposals and interviews the team of Goodwin Brothers and CMT was selected in September 2014. Construction of the new 7 MGD plant, two 10 MGD pump stations, 18,000 feet of force main, 6,000 feet of collector roadway, administration and maintenance facilities were completed by December 2016. Treatment operations began on January 3, 2017 just after the Christmas holidays.

Based on the cost and schedule savings gained through the Design-Build process, additional scope was added, including over 6,000 feet of trunk sewer. This work was completed in March 2017 with completion and close out scheduled for May 2017.

This project is a perfect example of a City looking out for the best interest of its citizens’ hard-earned dollars.  Rather than continuing the status quo, Liberty pursued different treatment options and innovative delivery methods that will positively impact the Citizens of Liberty for future generations to come.