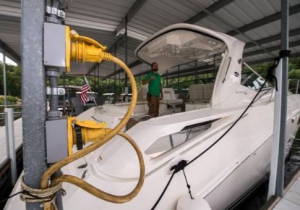 “We fully support Senator Hummel’s bill,” said Jim Curran, executive vice president of the Electrical Connection.  “But now is the time that boat dock owners need to make sure their docks – and neighboring docks – don’t have electrical issues that would endanger anyone on the dock or swimming around the dock.”

The Electrical Connection, which is the single largest source of licensed electrical contractors and skilled electricians in the State of Missouri, recommends boat dock owners consider the following:

More boat dock safety tips can be found at www.electricalconnection.org.