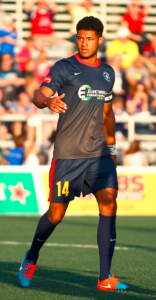 “We are excited to again be partnering with the Electrical Connection this year after it helped Saint Louis FC bring outdoor professional soccer back to St. Louis last year,” said Kevin Wygant, director of corporate partnerships, Saint Louis FC. “We all know that St. Louis has a unique passion for soccer and it really shows in the Electrical Connection’s sponsorship and all of our corporate and civic support.”

“Our Saint Louis FC partnership is a great way to connect with our customers, many of whom grew up playing soccer and are now passing their passion for the game along to their children and grandchildren,” said Jim Curran, executive vice president, Electrical Connection. “Our NECA contractors and IBEW electricians have built and serviced their schools, churches and neighborhoods and are proud to be energizing the sport St. Louis families love so much.”