Calendar submissions will be reviewed by our staff before posting to the website. Please allow a few hours for this to take place. 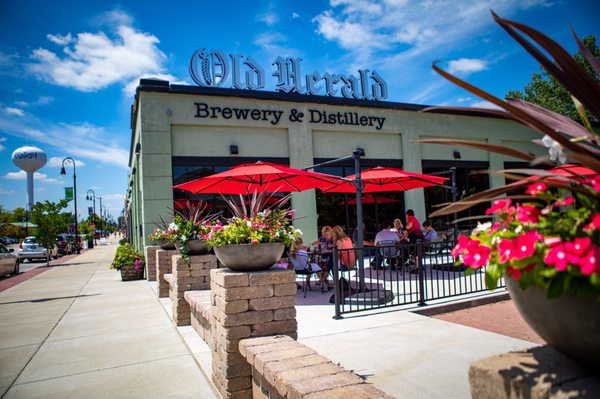 Please join the ULI Young Leaders on Tuesday, January 28, for an introduction to the new State of Illinois Historic Tax Credit program. We’ll feed your mind with info about this new program and satisfy your cravings for building tours and happy hours as we’ll be meeting at – and touring- Old Herald Brewery & Distillery in Uptown Collinsville.

In 2018, after a decade of advocacy work by Landmarks Illinois, the State of Illinois authorized a State Historic Tax Credit program. The first round of allocation was awarded in early 2019 – Bywater Development and Southwestern Illinois Development Authority’s redevelopment of the historic Hotel Belleville was the only project to receive all four priority points, securing the maximum $3M in credits.

We will learn about the tax credit program, approval process, and future potential program expansion from Frank Butterfield of Landmarks Illinois. David Dodson, Bywater Development, will share his thoughts on project plans, the application process, and the importance of securing these credits as a vital component of the capital stack.
Derik Reiser, co-owner and Head Distiller at Old Herald, will be on hand for building tours. Originally built in 1924 for the Collinsville Herald newspaper, the building sat vacant for over 20 years until Derik and Whitney Reiser purchased it in 2017, re-opening the space in January of 2019.

Come learn more about this valuable new financing tool and how it is poised to be a significant boost to redevelopment of the underutilized historic building stock in St. Louis’ eastern half.