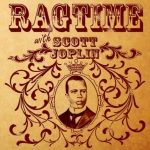 The Hicor Group will begin a series of updates to the Scott Joplin House and Rosebud Cafe in St. Louis next month. The project is the first phase of a long range historic renovation program being planned by the Missouri Department of Natural Resources. Upgrades to the buildings will include tuck-pointing, a new period correct cedar shake roof and metal coping along with a flat roof replacement.

CMT Roofing, Crossroads Roofing and McDonnell Building Sealants will work in conjunction with The Hicor Group as part of the project. Hicor will self-perform the demolition, carpentry and other miscellaneous repair work on the project. Work is scheduled for completion in November.

The Scott Joplin House is a Missouri State Historic Site and a National Historic Landmark that is also on the National Register of Historic Places. Located at 2658 Delmar, it is estimated to have been built during the Civil War and is typical of the tenant row houses built in the City during that period.  Scott Joplin lived there from 1901-1903.

“We are honored to be a part of the long range preservation of this historic gem in our community,” said Andrew Stafford, President of The Hicor Group.  “Our previous work, including the current renovation of a large historic house at 3201 Washington into our future company headquarters, will be invaluable to maintaining the historic accuracy and integrity of the Scott Joplin House.”

Stafford also said The Hicor Group looks to continue to build on the recent success they’ve enjoyed on state construction projects, including playing a significant role in the construction of Echo Bluff State Park. The $52 million project was completed in July and opened this summer as one of Missouri’s premier state parks.

The Hicor Group’s office is currently located inside Chameleon’s headquarters at the Barnett on Washington building at 3207 Washington.  For more information on The Hicor Group, visit www.thehicorgroup.com.

Hicor Group On Track For 50 Percent Growth In 2018 Revenues