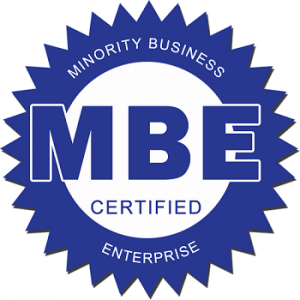 Westfall’s J West has worked on a number of major projects including Lambert St. Louis International Airport, Washington University, the ongoing work at Ballpark Village and the revitalization of Union Station.   She launched her career in 2002 when she entered in the IBEW/NECA Electrical Industry Training Center in St. Louis, graduating in 2005.  Westfall worked on a number of projects, but when work dried up with the Great Recession she tapped two programs supported by the Electrical Connection partnership to not only broaden her skills, but also ultimately launch her own electrical contracting company.

“Sabrina is an inspiring entrepreneur,” noted Doug Martin, executive vice president of the St. Louis NECA.  “She has exceptional skills as an electrician and also the determination to grow her career as an electrical contractor.”

Certified as a master electrician in 2010, Westfall found her skills in greater demand and later launched J West Electrical Contracting.  Westfall is now one of three women-owned electrical contractors enrolled in the Regional Union Construction Center, which is supported by the Electrical Connection to help minority- and women-owned union construction companies fortify their business skills.

“What’s most impressive about Sabrina is how she is shaping her future,” said Frank Jacobs, IBEW Local 1 business manager.  “She is relentless about learning and improving her skills as an electrician and entrepreneur with the goal of finding better ways to serve the buyers of construction services and other contractors.”

“Sabrina’s professionalism and her customer-focused approach to her business is invaluable as we engage business and civic leadership daily on their electrical and communication needs,” added Jim Curran, executive vice president, Electrical Connection. “She is that next generation of highly proficient electrical contractors that reflects the growing diversity in our industry.”