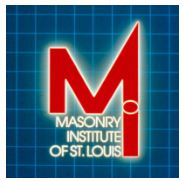 This year marks McClure Engineering’s 65th anniversary.  The firm was started in January 1953 by Charles J.R. McClure when he and his wife began working out of their home in Kirkwood, Missouri. The first project was a small engineering consultation for the Alton Bank and Trust company in Alton, Illinois.  By 1955, the firm had grown to four employees, focusing on HVAC and plumbing. The jobs during the first five years of the company were predominantly schools, churches and generally anything else that would generate revenue for the tiny firm trying to gain a foothold and reputation in the St. Louis engineering marketplace.

Today, the firm employs over 80 people and is located in the historic Cupples 1 building in the heart of downtown St. Louis. Over the years, they have developed extensive experience in the analysis, testing, evaluation, design and inspection of mechanical and electrical systems producing uniquely superior solutions for building facility engineering problems.

While they have grown in size, their commitment to their clients remains the same. They wish to thank all of their patrons for 65 years!