Contractors in both the AGC of Missouri’s Building Division and its Heavy Highway/Infrastructure Division remain optimistic about economic conditions going forward, as reported in a recent quarterly Contractor Confidence (CCI) Index, looking six, 12 and 18-24 months ahead. However, the lack of a permanent, sustainable infrastructure program and a developing critical shortage of skilled workers in some of the building trades and project management roles appear as dark clouds looming over the horizon.

Leonard Toenjes, CAE, president of the AGC of Missouri, notes that any numbers over 50 pts. indicate a favorable construction climate. “Conditions have definitely turned around for our contractors from the bottom we hit in 2008,” said Toenjes. “It’s been a slow and steady recovery, but the future holds some major challenges that could greatly impact this projected growth pattern.”

He noted that the Missouri Department of Transportation still has two years left in its spend-down of its transportation funding reserves, but the lack of long term plans to fund Missouri’s transportation needs and the nation’s infrastructure could stall growth (and jobs) in coming years. “The infrastructure in our state and across the country is crumbling,” Toenjes added.  “Every month our legislators fail to act, the problem worsens. We only need to look at road conditions on I-70, on our state highways, and on our bridges across the state to see the problem is very real. (See: http://www.artba.org/deficient-bridge-state-page/?y=2016&state=MO)  I would also anticipate that the recent flooding across the state will require major emergency road repairs.

“Investment in infrastructure creates jobs and stimulates economic growth,” he added. “One only need look to neighboring Kansas to understand the economic impact state funding for road and bridge projects can make on a state’s economy. (See: http://www.artba.org/2017/03/23/major-economic-job-creation-boost-expected-from-kansas-highway-bridge-infrastructure-increase/).  “Our other neighbors of Iowa and Arkansas also have increased transportation investment in the past several years while nothing has changed in Missouri.

“At the same time, our building contractors across the state are facing major challenges finding enough qualified project managers and skilled craft workers,” said Toenjes.  “These are good paying jobs that can support families, but there just aren’t enough trained workers in the pipeline to meet the demand. The recession that began in 2008 forced a lot of early retirements and workers left construction for other industries.  Now that the jobs are here, we need more trained workers now and moving into the pipeline. Without them, we won’t be able to build the facilities to help fuel the economy and create new jobs.

“I encourage young people to take a serious look at a career in construction,” Toenjes said. “There are excellent employment opportunities available, great new technologies and innovation driving the building arts, and a very positive outlook for our industry. It’s no longer just trenches, concrete and dirt. Today project scheduling is done on mobile devices, job sites are monitored by drones, fiber optics run through most buildings, environmentally-friendly systems and materials comprise structures, and precision logistics and new methodologies drive profits.  It’s a tough, but very rewarding industry for people who want to create and build something of which they can be proud.” 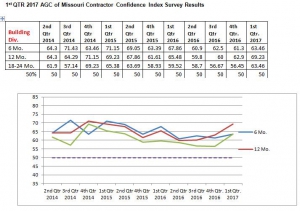 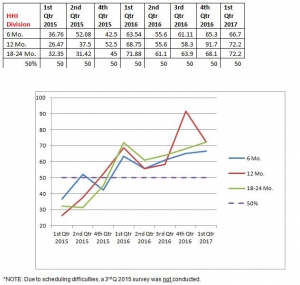 The Associated General Contractors of Missouri is the leading voice of the construction industry in Missouri, representing nearly 500 commercial, industrial, heavy and highway contractors, industry partners and related firms in 110 counties throughout Missouri