Tax attorneys and CPAs across the St. Louis region are continuing to study the details of the nation’s new tax law, the Tax Cuts and Jobs Act, enacted nearly four months ago.

For contractors and other construction industry players, the news is overwhelmingly favorable – especially for S-Corps, LLCs, LLPs and other corporate entities whose income flows directly through to their balance sheets. But for developers seeking to rehab historic buildings, implications of the new tax law are arguably more restrictive.

Construction companies who purchase qualifying assets such as equipment are no longer limited to a maximum amount of $500,000 in terms of the cost of qualifying assets placed in service during that tax year. The new tax law does include a higher expensing limit of $1 million. Also part of the new law is the ability for contractors to write off the entire cost of the qualifying assets – new and used – that they purchase through what is known as bonus depreciation, according to Steven Dumstorff, senior tax partner at Kerber, Eck & Braeckel LLP. This part of the new law is slated to last until 2022 and then phase out 20 percent for each year following.

“Essentially any hard asset that a construction company buys can basically be written off now, where previously there had been limits,” Dumstorff said. “For example, a contractor that is building an expansion or putting in a new plant is now able to write off every hard asset it buys for that project. The new tax law has really opened up the spigot of what’s eligible to be written off,” he added. “We’re still poring over it and talking with our clients, but overall it’s very good news for contractors and others.”

The first major overhaul of the tax code in more than 30 years, TCJA offers a significant tax savings in the form of a qualified business income deduction or QBI, according to Philip Speicher, attorney/shareholder and federal tax law expert at Mathis, Marifian & Richter, Ltd. in Belleville. “On a broader scale, there are significant tax reductions for owners of construction businesses,” he said. “For owners of construction companies operating their businesses as pass-through entities, the top corporate tax rate has been reduced from in the 35 percent range to a flat 21 percent rate.”

Additionally, the rates for most brackets have been lowered and the income range for the bracket has been increased, said Speicher. “While pass-through income will continue to be taxed at ordinary income tax rates, many small business owners will be eligible to deduct 20 percent of their qualified business income or QBI starting in tax year 2018. In other words, some pass-through entities will only be taxed on 80 percent of their pass-through income. This is a real advantage in the new tax law for companies operating as an S-Corp, LLC or another structure wherein the business’s income flows directly to its balance sheet.”

The QBI takes into account real estate and equipment ownership for purposes of determining the amount of the deduction that is available, according to Speicher.

Another one of the major changes inherent in the new tax law is the availability and tax treatment of certain governmental incentives tied to economic development. Speicher said if there’s an amount that a governmental entity contributes to a particular project and agrees to refund a portion of the cost of that project within the parameter of an incentive such as tax increment financing (TIF), the new tax law likely won’t impact such an agreement. “But if there’s an economic development incentive that is actually paid by the governmental entity – such as a city or county – directly to the construction company, it used to be that income wasn’t considered to be taxable income for the contractor…now it will be under the new tax law,” he said. 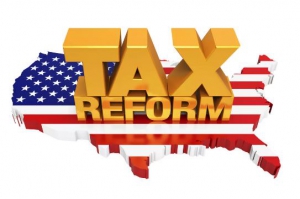 Robert Berger, CPA, tax partner and director of real estate and construction services at Anders CPAs + Advisors in St. Louis, says another notable tax law change involves federal tax credits such as those being accessed by a number of developers seeking to rehabilitate classic downtown St. Louis buildings into lofts, boutique hotels and more. The rules on how the federal historic tax credit is paid to developers have changed, arguably not to the developers’ advantage.

“Under the new tax law, the federal historic tax credit reimbursement must now be spread over five years rather than accessed during the first year,” Berger said, adding that the change might deter this sector of development in and around St. Louis. “This is a pretty big deal to those operating in this market,” he said.

Another drawback of the new tax law, as it pertains to construction firms in St. Louis and across the U.S., has to do with the income tax deduction often used by contractors that had been known as the domestic production activities deduction. That deduction, which allowed nearly all construction companies to deduct an amount equal to 9 percent of their net income on work performed in the U.S., disappeared with the new tax law in 2018, Speicher said.

Berger urges contractors and others to seek out their tax accountant and attorney to talk through the nuances of TCJA in order to take full advantage of the opportunities it offers, and to understand all of the impacts of the new law on their business.

“I would caution business owners to pause before they make any quick judgments on the new tax law according to their business entity choice,” Berger said. “This is still a pretty brand-new law. We’re all still getting our arms around it. If companies make a decision to change (corporate structure) too rapidly, it’s not easy to rewind.”