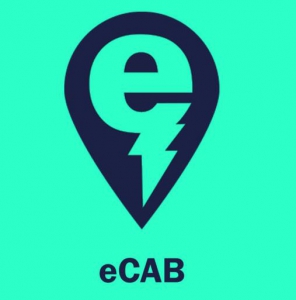 Downtown St. Louis commuters, loft dwellers, and visitors are invited to leave their cars in the parking garage and catch a free lift across town from an emissions-free eCab, now through June 30.

The microtransit pilot initiative began March 1, according to Missy Kelley, president and CEO of Downtown STL Inc., the organization spearheading the program.

Fueling the pilot effort is funding from the Downtown Community Improvement District (CID) via a self-imposed real estate assessment, where the dollars are pooled and utilized to supplement city services.

“The workforce component in this is significant,” Kelley said. “We are removing a barrier to leaving the office. When people choose to drive their cars to work and have a meeting across town, by moving their car and re-parking they sometimes wind up paying twice for parking. Downtown drivers are also less likely to have lunch across town if there’s inclement weather or they’re limited on time in being able to walk to their destination. The eCab is a really nice option for point-to-point, dynamic routing within one square mile of Downtown St. Louis.”

Three eCabs are operating during the pilot period, each of which accommodates up to five passengers and reaches a maximum speed of 20 miles per hour. Kelley said the transportation service area stretches from 4th Street to Union Station and from Cole Street to I-64/US 40.

Data being gathered during the 4-month pilot period will include the number of rides, primary trip destinations, hot spots, times of day, days of week and other metrics to determine whether the program will be viable in the long term, Kelley said. “Our goal is for Bi-State Development (Metro) to add the eCab to its overall product suite,” she said, adding that the microtransit pilot effort is part of St. Louis’ overall strategy as part of the federally designated Smart Cities Initiative. In October 2017, St. Louis became one of a growing number of U.S. municipalities designated by the federal government as Smart Cities. The program supports urban centers that are using technology to modernize the way they tackle everyday problems and improve quality of life in the process.

Catch an eCab now through June 30 by downloading the Electric Cabs app (iOS and Android), by calling (314) 649-8089 or by standing in front of your downtown workplace and hailing it the traditional way.