By Joe Balsarotti is President of Software To Go

The quick lube places drummed the “three months or 3,000-mile” mantra into all of us some 20 years ago and built an industry around it. Later, autos with 100,000 miles were considered exceptions; now 200,000 miles and more is the norm. Any mechanic will tell you that regular preventative maintenance allows cars to last longer. Computers need constant maintenance, too. A network going down can be far more costly to your business than if a truck, van or car in your fleet malfunctions. After all, you can’t just call up Enterprise and rent a new network for a week.

Far too many businesses see their technology as simply a necessary expense rather than the asset it is. After all, how expensive would it be to do your bookkeeping by hand compared to the cost of merely plugging numbers into your accounting system? Computers, networks and the like should be treated as the integral part of your business that they are. Just like changing the oil in a car or greasing the gears of heavy machinery, regularly scheduled preventative maintenance results in saving money rather than costing your business money.

Computer technology changes constantly. A model year for a desktop computer is about four months; major application programs renew every one to three years. In the software realm, most programs are dependent upon other programs that very likely are produced by another company. One vendor finds a bug, a defect or an entry point for hackers and writes a patch or update to fix it. That, in turn, changes parameters in other programs that communicate with it, requiring updates. On the hardware side, printers, scanners, CNC, robotics, entry systems and other connected devices need software updates when the operating systems running on the PCs are updated. Security updates to anti-virus, endpoints and firewalls are conducted daily, if not hourly, behind the scenes.

All those updates and changes need to be managed by someone. We’ve seen many a business user’s system crash, only to discover that the software is two, three or even five years behind. Companies may unintentionally leave their operations vulnerable and accessible to any kid who searched for “hacking tools” on the Internet. A lack of preventive maintenance and monitoring – what our industry refers to as managed services – leads to unexpected and unpleasant future expenses.

Just last month we heard about the St. Louis Public Library’s entire network being rendered unusable as a Cryptolocker type of ransomware was downloaded and encrypted the data, holding it hostage. The patron machines and back-office machines never should have been on the same network in the first place, but I’m sure someone will argue that it was prohibitively expensive to do it the correct way. Oops. We’re left wondering how much that shortcut will cost taxpayers. Was the library paying for update subscriptions to its firewalls? Was all of the software completely updated and was the network being monitored for a mass change in data? At least we do know that St. Louis Public Library had backups of the data and didn’t pay the ransom.

How would your network fare if it were attacked in the same manner? What costs would your business incur if all computers were unusable for a week? Would the idea of preventative maintenance and monitoring suddenly look like a cheap insurance policy?

Gartner research back in 2010 showed that 43 percent of companies were immediately put out of business by a “major loss” of computer records – and that another 51 percent of businesses studied permanently closed their doors within two years, leaving a mere 6 percent survival rate. 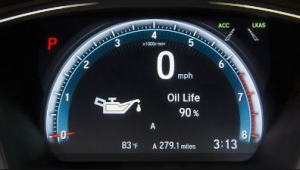 Maybe many of those data losses were caused by a major disaster destroying the surrounding customer base, as one possible example. But ask yourself: even if these are extra harsh statistics, what happens if you lose your customer list, your A/R report and aging, blueprints, plans or schematics for all the projects on which you are working? Realistically, would your business survive, and at what cost? More importantly, could it have been prevented by spending a realistic amount of money on managed service and preventative maintenance?

Most managed service plans are flat monthly, quarterly or annual fees based upon either the number of users or devices in the business. Your business gets the advantage of peace of mind that your tech provider’s incentive is to prevent problems because repair and remediation takes more time and is therefore less profitable. Additionally, your business gains a far better grasp on the true expenses of your technology because you can forecast and budget far in advance – and you can hopefully eliminate the unexpected, immediate expenses that failures bring.

I welcome your questions or comments at businesstech@software-to-go.com.

Joe Balsarotti is President of Software To Go and is a 37-year veteran of the computer industry, reaching back to the days of the Apple II. Balsarotti served three terms as chairman of the National Federation of Independent Business’ (NFIB) Missouri Leadership Council, as chairman of the Clayton, Missouri Merchant Association for a dozen years, chaired Region VII of the Federal Small Business Regulatory Fairness Board and currently serves on the Advisory Panel of the ASCII Group, an organization of more than 1,000 independent computer and technology solution providers in North America.